Food poisoning tends to be an umbrella term. Although you may have consumed something that was contaminated with bacteria, you may have instead eaten too much of something that was too rich, and your gastrointestinal system is now protesting. In any event, your symptoms will generally pass quite quickly, and you will be able to gauge if the problem is serious enough to warrant medical attention. But what about your dog? It can be hard to tell the difference between legitimate food poisoning and when your dog has simply eaten something that doesn't agree with them.

The initial symptoms can be similar if your dog has food poisoning or if they simply have an upset stomach. Nausea (and vomiting) are common, as is diarrhea. The duration and severity of these symptoms help you to assess the significance of the problem. The process of elimination can be beneficial, so there are a few things to consider, like:

If you're fully aware of the food your dog has consumed, and you know that it was safe for them, their reaction may simply be an upset stomach, which will pass. However, if you don't know precisely what they've consumed (along with the quantity), then food poisoning cannot be ruled out.

It can still be difficult to determine the seriousness of the situation. However, food toxicity can trigger severe nausea, vomiting, and diarrhea. It's often accompanied by lethargy, poor motor skills, and even confusion. Should your dog begin to display these symptoms, they may require emergency care and should be transported to your nearest pet hospital for assessment and treatment.

Symptoms that don't appear quite so serious shouldn't be dismissed. You should contact your vet and explain the situation. Your vet may suggest a few measures, such as withholding food from your dog for a certain period of time (such as 24 hours) and then resuming feeding. If your dog can hold their food down, then the issue may have simply been an upset stomach or a very mild toxic reaction to something they've consumed. If resuming feeding triggers nausea, vomiting, and diarrhea again, then your dog will need to be assessed by your vet.

Although legitimate food poisoning in dogs can be serious, an upset stomach generally is not. This is why it's important to know the difference and to seek professional assistance when needed.

For more information on whether your dog may have food poisoning, contact a pet hospital near you. 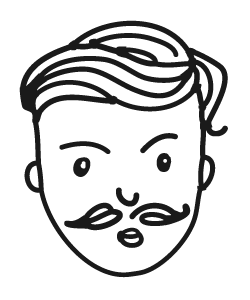 Getting puppies sounded fun, but after it became a reality, another truth came my way. It was crazy to me to see just how difficult it was to care for animals, and I quickly found myself over my head. I started thinking about how to make the process more enjoyable, and I made the decision to talk with a professional veterinarian about my problem. It was such a relief to get a better idea for how I needed to proceed, and my animals began seeming happier and more well-adjusted. This website centered around early pet care, because taking care of animals who can't help themselves is powerful.